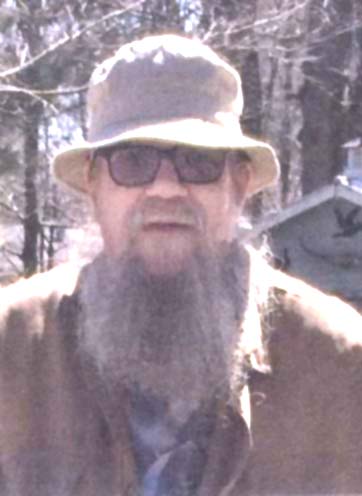 MIDDLEBURY — Ronald L. Potts passed away peacefully Thursday, July 23, 2020, at McClure Miller Respite House in Colchester, after battling bone cancer
He was born on July 17, 1951 in Smyrna, Tenn., the son of Oscar and Thelma (Walker) Potts.
Ronnie spent most of his childhood years in northern Maine. He attended school in Mars Hill Maine. As a young man he enlisted in the United States Army. He traveled back and forth across the United States following wherever the road led him. No matter where his path took him, he always carried a journal with him and would write about all the mysteries he would encounter along the way. He was a published author with Warner Press and won multiple writing contests for his short stories. He wrote the way he lived, with an openhearted sense of humor, as he spoke of the pain of reality and wonder of the supernatural.
He attended Grace Baptist Church in Middlebury, Vt., and lived his last few years at Middlebury Commons in Middlebury Vermont. He was content and peaceful, surrounded by old and new friends who always treated him with kindness and respect.
He enjoyed hiking both the Long Trail and the Appalachian Trail sometimes alone, sometimes with friends. He always fondly recalled his hikes with his nephew, Paul Langenbach Jr. He frequently spoke of experiencing the presence of God and the company of Angels
Following in the family tradition, he started to play guitar and the harmonica at a young age and over the years spent countless hours playing with his uncle Shim, his sisters and his mom. He prided himself as being a Blues Man and loved the opportunities he had to sing and fellowship with his fellow believers at the Grace Baptist Church. He regretted that he was not able to sing for them one last time. I am sure heaven is ringing with his music now.
He is survived by his sisters Sandra Backstrom, Vanessa Langenbach, and Karen MacDonald; his son Emmanuel Potts; and grandchildren; as well as numerous nieces and nephews, friends and loved ones. He was preceded in death by his mother and father as well as his brother John Larry Potts and his sister Teresa Potts Eddings.
He will never be forgotten, and we will carry him with us in our hearts until we can hold him again in heaven. Go rest High on that mountain, Ron!
In lieu of flowers contributions may be made to the McClure Miller Respite House in Colchester and Home Health and Hospice. To send online condolences to his family visit brownmcclayfuneralhomes.com.◊