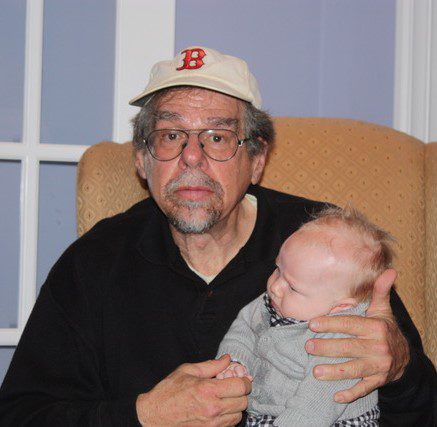 MIDDLEBURY — Robert Dial Peisch passed away the morning of June 10, 2020, in Middlebury, Vt., at the age of 70, from complications from Parkinson’s and heart disease. Bob was born in Burlington, Vt., and was the third of eight children of Mary Virginia and Francis Robert Peisch.
He attended Burlington High School and despite the fact he was below average size, he was a standout in football on both offense and defense for the Burlington High School Seahorses, class of 1968. Later in life Bob also completed the Boston Marathon in 2 hours and 58 minutes.
Bob attended Tufts University and obtained his undergraduate degree from Harvard Extension.  Bob went on to obtain a masters degree in Public Health from Boston University as well as a masters degree in Business Administration from UMass Boston.
In an eclectic and successful career, Bob helped to found and operate a number of bar establishments in Burlington including The Pub on upper Church Street in Burlington. He also converted a supermarket across the street from the former Bove’s restaurant into the largest nightclub in Vermont at the time, called The Sting, which attracted national music acts like James Cotton, Roomful of Blues, John Cassell and Rick Derringer to Burlington.
Following a move to Fairfield, Conn., Bob embarked on a career in computer engineering and became an early employee of the internet travel website Priceline, helping to build Priceline’s systems and internet backbone. After the IPO of Priceline, Bob enjoyed his retirement in the bucolic town of North Ferrisburgh, Vt., where he volunteered for the fire department and for a time acted as the town’s health commissioner, once successfully dispatching a rabid raccoon with a handgun.
Bob had a sharp wit and sense of humor that would fill many a room with laughter. He was a devoted and beloved uncle who was tenderly loving with babies. He was a favorite uncle of 16 nieces and nephews who were delighted by his loving attention and irreverent sense of humor. As one of his nephews said “Uncle Bob loved us and always had time for us. He was a big part of my childhood and I will never forget him.”
He leaves behind seven siblings, Thomas E. Peisch (wife Alice Hanlon Peisch) of Wellesley, Mass.; Richard F. Peisch (wife Emilia Pozzi Peisch) of Cambridge, Mass.;, Stephen A. Peisch (wife Kate Lucey) of Still River, Mass.; Christopher L. Peisch (wife Astrid Munte Peisch) of Cohasset, Mass.; Ann D. Peisch of Hopkinton, Mass.; Elizabeth H. (Peisch) Ingle (husband Kevin Ingle) of Shrewsbury, Mass.; and Andrew P. Peisch (wife Suzanne Pollock Peisch) of Greenwich, Conn.
At Bob’s request there will be no memorial service. Donations may be made in Bob’s name to Addison County’s Humane Society: Homeward Bound, 236 Boardman St., Middlebury, VT 05753, or Branch Out Burlington!, 93 Howard St., Burlington, VT 05401. ◊