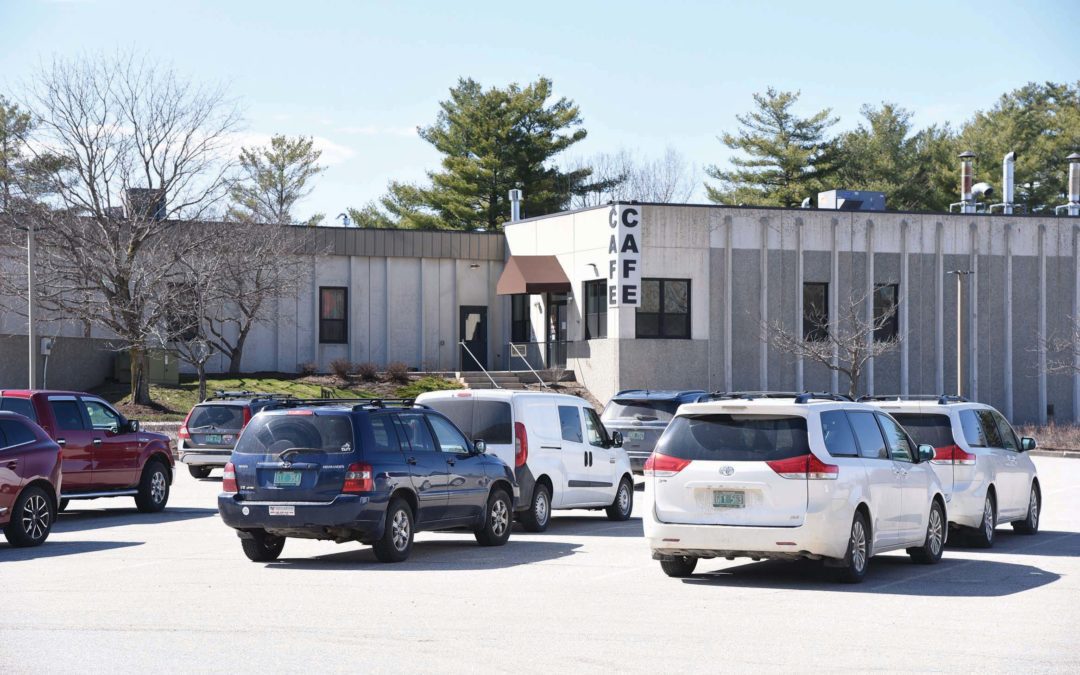 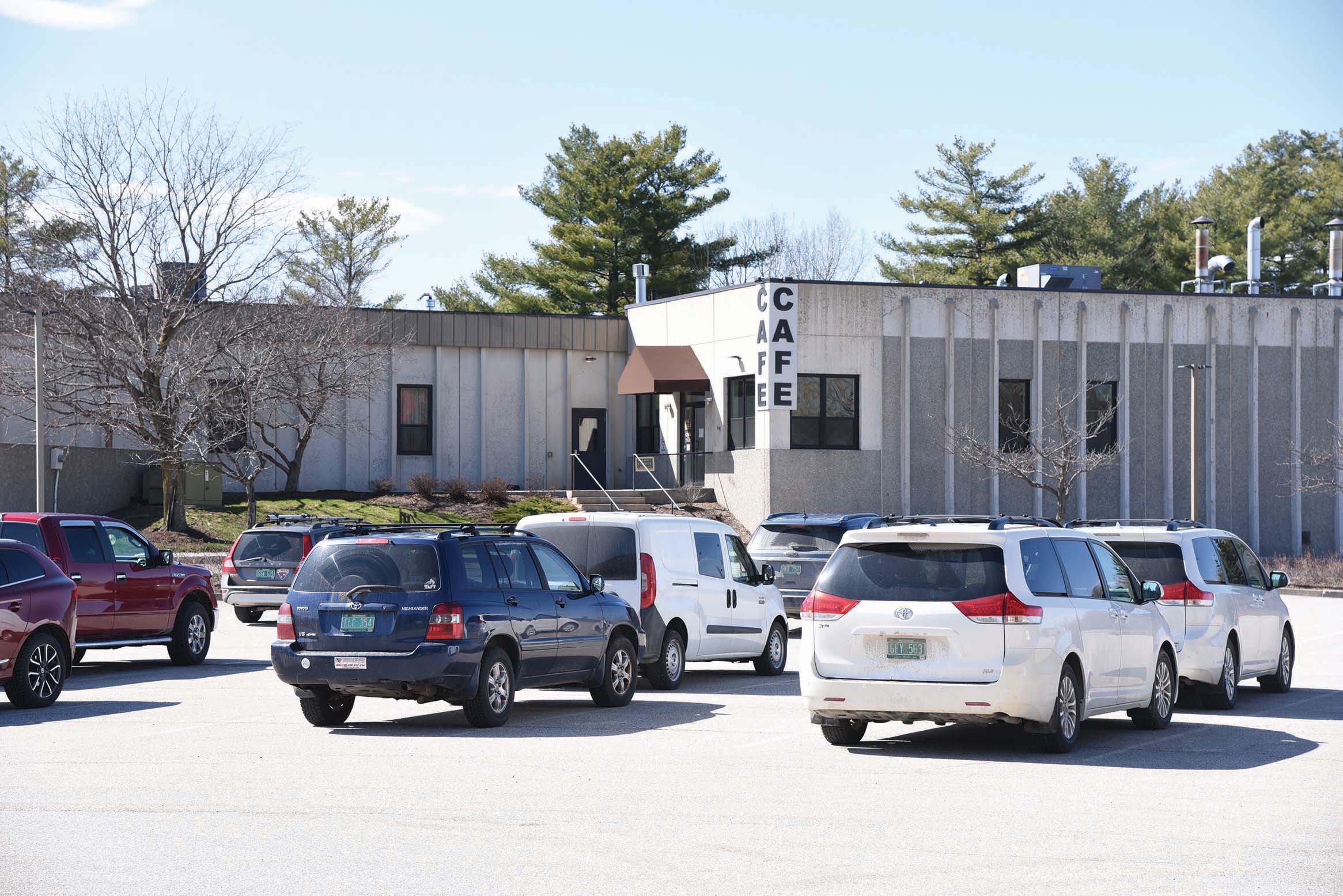 VERMONT COFFEE COMPANY took a hit to sales when restaurants closed, but people seem to be buying more for home consumption.
By Addison Independent staff

ADDISON COUNTY — While workers from retail shops languish on unemployment and office workers balance their job duties from kitchen tables and living room nooks at home, one key group of businesses is keeping its employees on the job.
The larger manufacturing companies in Addison County appear to have much of their workforce in tact and going about their business in most cases — though not all.
The pace at Agri-Mark’s Cabot cheese plant in Middlebury’s Industrial Park is not only humming along, it has spiked, according to Ed Townley, president and CEO of Agri-Mark. The company’s chees plants normally run six days a week, but now they are running seven days a week to meet the customer demand.
“Cabot is operating on all cylinders,” Townley said. “All manufacturing facilities are running 24/7 at top capacity.”
Administrators, accountants and everyone who can is being pulled from their Cabot offices and redeployed to work on the production floor, Townley said. And it shows in increased production. In March 2019 Cabot made 6 million pounds of cheese, this past month the company made 8.5 million pounds.
Agri-Mark employs 1,000 people throughout the company, with more than 100 in Middlebury, and is seeking to hire more, Townley said.
In Vermont and elsewhere consumers have stocked up on so much cheese that even grocery stores’ reserves have been depleted. That means Cabot will be on increased cheese production for awhile to fill up not just the grocery shelves but also the reserves.
The company has taken steps to guard against coronavirus. It has stationed student nurses at its plants to take the temperature of employees, and it is tracking employees who may be at a higher risk because a spouse works in health care or other fields. Townley said Agri-Mark is erring on the side of caution when it determines if an employee should be quarantined, though none have yet tested positive for COVID-19.
“We’ve been able to keep workers safe, which is number one,” Townley said. “We’ve been able to keep processing for farmers, so they have someplace to send their milk. And we’ve been able to keep our distribution network intact.”
A local food manufacturer that has seen a different kind of demand curve is Vermont Coffee Company. Sales to restaurants and cafes (about a quarter of usual sales) have totally collapsed, according to founder and President Paul Ralston. In contrast retail demand is strong.
“Most people are staying home so they aren’t drinking coffee while at work,” and instead are drinking at home, he said.
Vermont Coffee continues to roast and pack coffee. About a third of its 37 regular employees are home due to child care or worries about their stressed immune systems or have opted for unemployment with a return targeted for early June. But the balance of the 37 are at work.
“Most can effectively work from home and are still on the payroll,” Ralston said.
Vermont Coffee has struggled a bit to do the work with less staff. Ralston increased hourly pay by $2 per hour as “stress pay.” In addition, the company is providing a cooked lunch for all staff, and is buying basic provisions like toilet paper, cleaning supplies and frozen food for the staff from the company’s wholesalers.
As a food manufacturer, Vermont Coffee has strict protocols to keep people and products safe; Ralston called the procedures “strict and severe.’’
“Folks are generally upbeat and doing well, but there is real concern and stress evident,” Ralston said. “We hope and expect everyone to return to work when that is safe.”
Another Addison County manufacturer with a relatively full parking lot is Collins Aerospace in Vergennes. The maker of systems for the defense industry is encouraging as many office workers who can to work remotely.
Manufacturing is near or at capacity with employees taking extra precautions, such as maintaining social distancing, while in the Panton Road plant, according to sources knowledgeable about company operations.
Cleaning crews are going through the plant two or three times daily to scrub things down, with extra attention paid to sensitive surfaces like railings and doorknobs.
Otter Creek Brewery in Middlebury is still cranking out the suds. A person at the Exchange Street plant said that, although the company had closed its in-house pub, the manufacturing operation was still making beer at close to normal levels.
Just down the street at Woodchuck Hard Cider, the tasting room in the big plant was closed to the public at the start of the pandemic. But according to the Woodchuck website, workers inside were still making premium hard cider.

TOY PRODUCTION HIT
Unfortunately, the COVID-19 crisis has taken a hefty toll at Middlebury toymaker Maple Landmark Woodcraft — not in a health care sense, but in a business context. The company normally employs 38 at its Exchange Street plant, but now it only has four — owner Mike Rainville, his wife and their two sons. This skeleton staff is hustling around to fill online orders from existing stock. When they have to they are assembling finished toys from parts on hand.
“We’re a couple weeks into this and inventories are getting a little thin,” Rainville said.
Maple Landmark closed when Gov. Phil Scott ordered the closure of nonessential businesses on March 25. The order specifically included makers of “wooden toys” on its nonessential list, so Rainville said he had no choice but to close.
He has been in contact with his laid off staff. Many are struggling getting unemployment compensation because the system is under such stress.
Rainville is not sanguine about the immediate prospects for his corner of the manufacturing industry.
“It’s not the shutdown (of businesses), it’s the start up that will be rough,” he said, noting that he expects Maple Landmark to struggle for months once the stay-at-home order is lifted. The market for his company’s products is dependent in large part on tourism and events, and it will take awhile for those parts of the economy to get back in gear.
“That pipeline takes time to ramp up,” Rainville said.
Editor’s note: Christopher Ross, Andy Kirkaldy and John S. McCright contributed to this story.