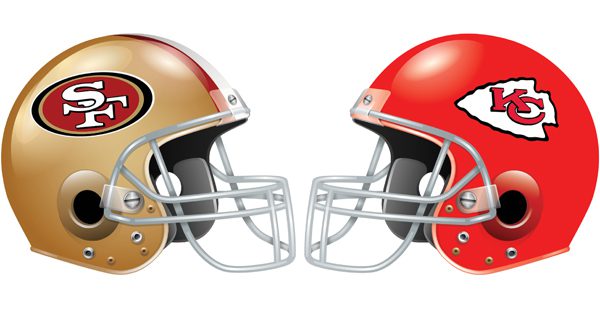 Modern-day fans of the National Football League, which is one of the most popular and most-watched sports leagues in the world, may aspire to one day see their favorite teams play in-person in the Super Bowl.
While there may be nothing stopping fans’ favorite teams from making the big game, fans themselves might be priced out. According to Ticketmaster, the average price for a Super Bowl ticket in 2019 was $3,295. But even that figure is something of a low estimate, as tickets to Super Bowl LIII between the New England Patriots and the Los Angeles Rams were only sold in pairs, meaning tickets cost closer to $6,590, and that’s before hefty service fees were applied.
For many fans, that price is simply too high.
The NFL.com website is offering official Super Bowl LIV ticket packages starting at $3,995 — for one seat. This year, however, you can buy a single ticket and are not required to buy two. For almost $4,000 a fan gets a seat in the top deck of Hard Rock Stadium in Miami on Feb 2.
The most expensive seat was in “The 72 Club” section — $29,751 for a seat on the 5-yard line. When the Independent clicked on the tab to buy a “72 Club” ticket one day last week the website presented a popup that offered not one but 12 of these tickets as the default option — for $357,012.00. Proceed to checkout and it turned out there was a $71,402.40 service fee plus $20 for shipping, which makes the total charge: $428,434.40.
Granted, that was for 12 seats; how many people who aren’t working off a corporate expense account are going to buy 12 seats on the 5-yard line at the Super Bowl?
Beyond a seat at the game, a ticket also entitles one to an “experience” that incudes:
•  Pregame hospitality outside the stadium with a live DJ and house bands.
•  Tailgate games and photo ops.
•  NFL alumni appearance (Dolphins QB Dan Marino, for instance).
•  Tailgate food and full pregame bar.
The $29,751 ticket also gets you additional goodies, including a pregame hospitality service inside the stadium, a private performance by Darius Rucker of Hootie & the Blowfish fame, extra room, padded seating, a raw bar and “platinum” food and beverage service, in-stadium postgame party and postgame access to the playing field.
The average fan hasn’t always been priced out of attending the NFL’s annual championship game. In fact, History.com notes that the average ticket to Super Bowl I, which took place on Jan. 15, 1967, at the Los Angeles Coliseum, was just $12. Perhaps even more surprising to today’s NFL fans? The inaugural Super Bowl did not even sell out.
— Addison Independent and Metro Creative