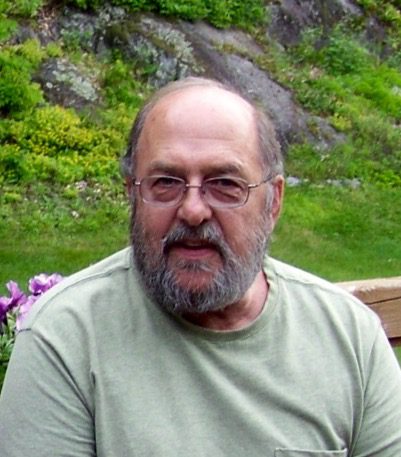 MONKTON — Ronald W. Beeman, age 73, died Friday, Aug. 2, 2019, at Helen Porter Nursing Home.
Ron was born in Ticonderoga, N.Y. on July 10, 1946. He was the son of Walter and Freida (Jabot) Beeman. He grew up in Orwell, Vt., where he received his early education. He worked as a supervisor at Simmonds Precision in Vergennes, Vt., for his first career position. He then worked in landscaping both in Vermont and Florida for many years. He retired from his last position as electronics technician at Senix Corporation in Hinesburg, Vt.
On Sept. 28, 2000, he married Patricia A. (Misha) Gluck. They made their home in Monkton, Vt., where they shared their love of nature. There they welcomed many friends and family throughout the years who grew to know and love the kind and gentle man that he was.
He will be missed by all who were blessed to be called his friend.
Surviving are his wife Misha of Monkton; his brother Charles and his wife Diane of Palm Coast, Fla.; an aunt, Joyce (Ellis) Mattison of Gansevoort, N.Y.; three uncles, Chester Brileya of Rutland, Vt.,  Jack (Rayne) of West Rutland, Vt. and Robert (Wanda Mills) of Winter Haven, Fla. He is also survived by nieces and nephews Shawn Beeman, John (Amy) Beeman, Jason Beeman, Neal Gosselin and Rachael Gosselin, and great nieces and nephews Kirsten Gosselin, Emily Gosselin, Chase Delorme, and Rowan Beeman. Many cousins also survive.
He was predeceased by his father Walter, mother Freida,, and by siblings John Beeman, Gary Beeman, Amy Gosselin, and Carroll Beeman.
A memorial will be held at a future date. To send online condolences to his family visit brownmcclayfuneralhomes.com.◊