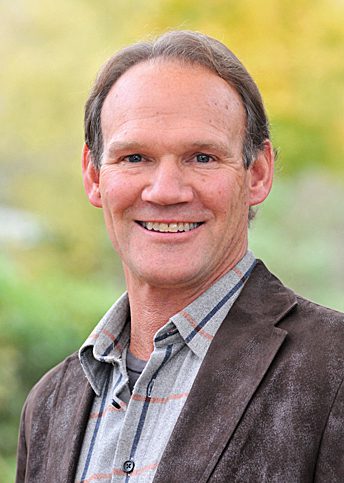 One doesn’t have to be a radical revolutionary to know that the status quo is not sustainable. That we can’t continue a national wage disparity that continues to expand and in which the three wealthiest Americans now possess as much as 50 percent of the bottom half of all Americans. That higher education costs are no longer affordable for most. That exorbitant health care costs pose the biggest threat to impoverishing Americans of every age if a serious medical event occurs. That the nation needs an immigration policy that strengthens our economy, brings order to our borders and embraces our Christian humanity to our fellow brethren around the world. That we can’t ignore the threat of climate change and double-down on the use of fossil fuels as this Republican Party and the Trump administration have done.
Change is needed, and it’s not the kind of change that seeks to tidy up a few loose ends; it’s fundamental change that will require significant shifts in policy.
At its root, that’s the message of the Democratic progressives running for president of the United States.
It’s the difference between Sen. Elizabeth Warren, D-MA., and Sen. Bernie Sanders, I-Vt., among other liberals, and those “moderate” Democrats running for president, including: former Maryland congressman John Delaney, Montana Gov. Steve Bullock, Sen. Amy Klobuchar, D-Minn., and former Vice President Joe Biden Jr., among others.
The challenge the progressives face is to convince Americans that their solutions are not “fairy-tale economics” as Delaney suggested in Tuesday night’s debate this week — a comment that is certain to be used against any Democrat (moderate or progressive) by Trump and the GOP in the General Election. (Delaney and others should contemplate that outcome and employ such zingers against Trump and the Republican Senate, rather than at their own colleagues.)
Yet, such criticism is useful now, 16 months ahead of the Nov. 2020 election, because any Democrat will need to address that very challenge head-on.
It’s not impossible, as Delaney suggests, though one obstacle is that the American public has been led to believe in a vision of capitalism that benefits the corporate world first and foremost, with the needs of workers as a secondary concern. We live in a nation that has embraced a trickle-down theory of economics; that the role of government is to bolster a free market and that growth will trickle down to enrich all those who are worthy. (And good riddance to those who are not.)
Such a belief system stems from America’s brand of rugged independence; that Wild West mentality of carving a place out of the wilderness and making one’s fortune out of conquest.
But it is increasingly not a fair fight. And today, perhaps more than ever before in our nation’s history, those who are born with money, enjoy an enormous advantage. The markets reward those with money to invest, and our tax policies encourage the accumulation of wealth within a small minority at the top. On the other hand, today’s high housing costs, the high costs of education, and high health costs consume almost all the available wealth of the average American family — making it nearly impossible for most Americans to save enough to get ahead.

UNDERSTANDING WHAT’S POSSIBLE
What Americans need to understand is that it wasn’t always this bad. Housing, health care, and the costs of higher education did not consume as high a percentage of a family’s income a few decades ago as it does today. And just 20-30-and-40 years ago, Americans were still riding high as a world leader in manufacturing, providing American laborers with high-paying jobs. But as the global economy grew, American politics and policies didn’t adapt in the ways that would have benefitted workers. That might have included (back in the 1990s and early 2000s) making higher education, for example, free for all, as parts of Europe and Scandinavia did. Rather, American politics doubled-down on tax cuts to the wealthy at the turn of the century under President George. W. Bush and did not make a push to provide more training or higher education to American workers who needed it.
That’s not generations ago, that’s recent history.
We can’t say for sure that if either political party would have embraced poring money into the middle class labor market — making higher education and training far more accessible — those Americans might not feel so threatened today, but it’s clear that the Scandinavian countries who embraced such policies years earlier are currently at the top of the income and happiness barometers worldwide.
Going a bit further back in our history, Americans might reflect how this country has moved away from the politics that benefitted the middle class — the New Deal under President Franklin D. Roosevelt, and the Great Society of the 1960s under presidents John F. Kennedy and Lyndon B. Johnson — to a government today, under Trump, that passes tax cuts for the wealthiest few, that seeks to reduce subsidized meals to the poor and that wants to take away health care benefits to the elderly and millions of middle-class Americans passed under Obamacare just 10 years ago.
Today, we see a president eager to loosen federal regulations on banks, even though it was the financial institutions that caused the Great Recession of 2007-8 with risky and unregulated ventures. We see a Republican Party that talks of greatness, but has doubled the national debt in just two years, compromised our judicial integrity, and pushed the boundaries of executive privilege and indecent behavior beyond acceptable norms. And we see a president whose tariffs and trade wars have harmed the American economy and put many of our nation’s farmers in jeopardy, only to then pass billions of dollars in farm bailouts that have (no surprise) gone to the largest farms, in effect putting even more pressure on small farmers to go out of business.
It does not have to be this way.
America can do better. We can develop policies and trade pacts that benefit American workers and citizens first, and corporations second.
That’s what this election is about, and that’s what the majority of Americans have to believe is possible for it to change.
For starters, Americans should know that in Norway, Sweden, Denmark, Iceland, and other progressive Western countries, health care is free to all; higher education and training is free to those who want it; immigration policies are open, though have reasonable requirements that migrant workers must adhere to; and they have booming economies and among the highest standards of living in the world. In short, they have much of what Sens. Sanders and Warren are proposing.
That’s not “fairy-tale economics,” it is a reality for many. The fairy-tale — told for too long by corporate apologists in both political parties — is that we must live in a corporate-first, trickle-down economy. That’s the myth that needs busting if American’s middle class is to recapture its vibrancy.
Angelo Lynn