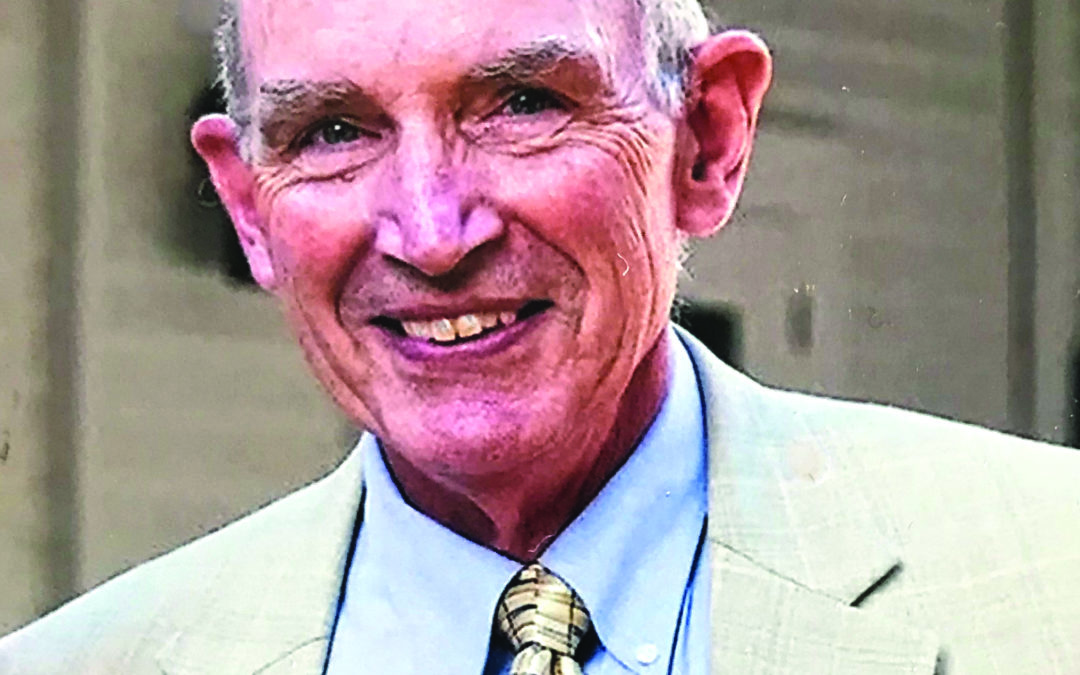 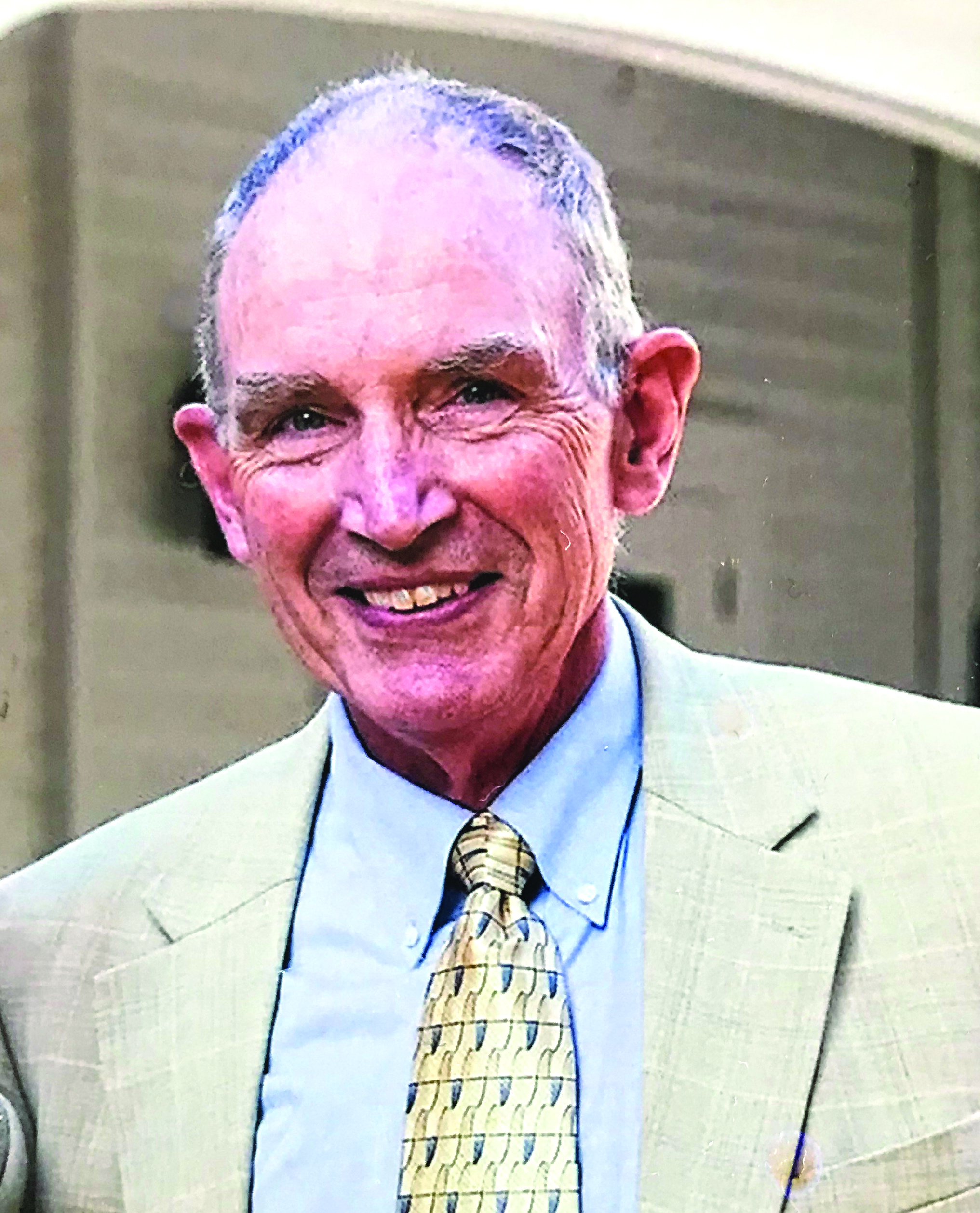 NEW HAVEN — Russell Lewis Reilly passed away peacefully in his home in New Haven, Vt., surrounded by his family on July 24, 2019, just three days shy of his 75th birthday.
Russ was born in Cohasset, Mass., on July 27, 1944. He was the consummate “big brother” to his five younger siblings. He grew up in the greater Boston area. His family owned the Buck Printing Company, which was located just behind Fenway Park. Russ spent many of his younger summers sneaking into Fenway to watch ballgames and so began his life-long love of the Red Sox. In his later years, a favorite pastime was sharing baseball stats and a friendly rivalry with his namesake grandson, Russell, who is a die-hard Yankees fan.
Russ attended Bates College in Lewiston, Maine, where he was a student-athlete on the men’s basketball team and became acquainted with two additional life-long loves — his wife Jane and basketball coaching. After obtaining his Master’s degree and serving as a graduate student assistant basketball coach at Boston University, he returned to Bates as an assistant coach and head athletic trainer under his long time mentor, George Wigton.
In 1977, Russ was recruited to Middlebury College by then athletic director and later good friend, Tom Lawson. For 19 years, Russ served as the head men’s basketball coach, as well as serving at various times as a coach for women’s soccer and men’s golf. In 1997, Russ became the Director of Athletics at Middlebury College, a capacity in which he served until his retirement in 2006. In his retirement, Russ returned to the sidelines to be an assistant coach for the men’s basketball team with a special focus on his “Big Men.”
Over his four decades at Middlebury College, Russ touched the lives of countless student athletes. One of the great joys for his family in the past few days was receiving numerous texts, calls and letters from his former players, assistant coaches and parents of former players to express their gratitude for all the mentorship, love and guidance Russ had provided for them or their children over the years.
The second great love of Russ’s life was his family. He was a devoted partner to his wife, Jane, for 51 years. He was infinitely proud of his three daughters, Jennifer, Jody and Lindsay. But the greatest sources of pride and joy for Russ were his grandchildren. He and his grandson Henry were able to visit all of the sports Halls of Fame on various summer adventures and he was a regular fixture at youth basketball, soccer, lacrosse, baseball and hockey games in Michigan, Washington D.C., and Connecticut, and at karate tournaments in Haverhill, Mass.
His family is incredibly grateful that in the month prior to his death they were able to spend a week all together on the coast of Maine, where Russ spent many hours teaching cribbage to his older grandchildren and holding his newest granddaughter, baby Kaetlyn. His family was also thankful that this was an opportunity for Russ to spend time with two of his life-long friends, Don and Ann MacKay.
Though Russ was not born in Middlebury, over his four decades living here he became a true “Middlebury man.” One of the qualities most special in Russ was his ability to be friends with anyone and see the good in everyone. No matter their background or roll in his life, he treated everyone with kindness and found humor in almost all situations. As one of his former basketball players at Middlebury noted, “Other than a few referees in upstate New York, I would be surprised if you could find one enemy of Russ Reilly.” As a result, he leaves behind a huge community of friends, most especially his coffee groups at Woodware and the Middlebury Bagel Bakery, his golfing buddies at Ralph Myhre, his friend Butch Varno and his dear friends on Dog Team Road in New Haven.
Russ is survived by his wife Jane Reilly of New Haven; his brothers Don (Karen) of Prescott, Ariz., and Robert of Columbus, Ohio, and his sisters, Debbie (Don) of Milledgeville, Ga., and Sue (Jack) of Miami, Fla. He is also survived by his three daughters; Jennifer (Michael) of Ann Arbor, Mich., Jody (Kevin) of Lakeville, Conn. and Lindsay (Eamonn) of Haverhill, Mass. His joy and zest for life will live on in his grandchildren, Henry and Nicholas Lukela, Russell and William Soja, and Connor, Padraig, Ashlinn and Kaetlyn Bradley. Russ is preceded in death by his parents, Hamilton Garfield Reilly and Nancy Foster Reilly, and his brother Garfield Reilly.
The family would like to express their gratitude for the excellent care that Russ received from his doctors, Drs. Alicia Cunningham and Paul Unger, and the care team at Addison County Home Health and Hospice.
The family asks that for that those that would like to do something in Russ’s memory that you raise a Guinness or gin and tonic in “Slainte” to Russ and to be sure to take a moment and appreciate the beautiful Vermont sunsets, all favorites of Russ. For those interested in making a donation in Russ’s honor, the family suggests either the Russell L. Reilly Scholarship Fund at Middlebury College (Middlebury College Office of Advancement, 700 Exchange Street, Middlebury, VT 05753) or the MPN Research Network (c/o Director of Development MPN Research Foundation, 180 N. Michigan Avenue, Suite 1870, Chicago, IL 60601). His family is planning for a celebration of his life in Middlebury later in the fall.◊